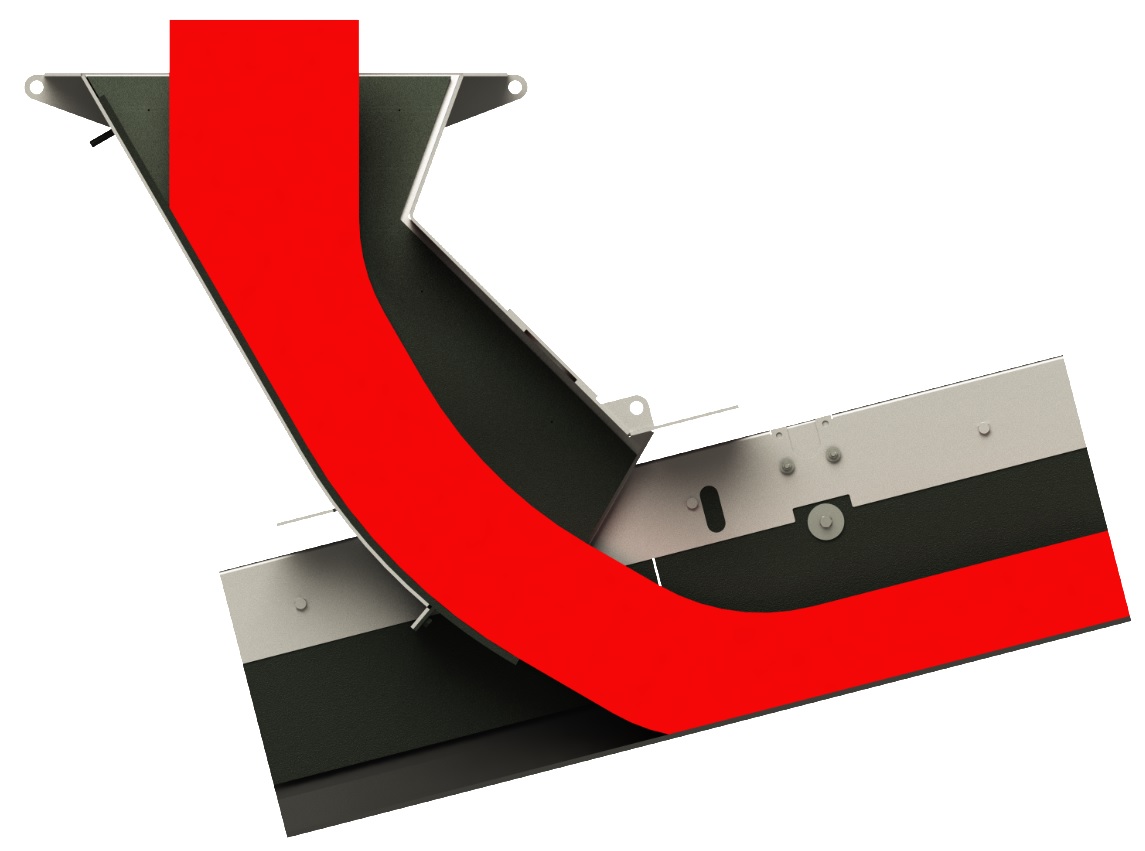 The terminal’s goal was to install one traditional and one Tasman Warajay transfer point in order to measure the effectiveness of controlled flow systems. Their main objective was to reduce the downtime associated with replacing the boom receiving conveyor belt. Since the booms are short in length, the heavy loading of material quickly wore away the belting meaning replacement and repair was frequent.
Beyond lost time during regular belt replacement and maintenance, any downtime due to belt failure would be catastrophic when loading a ship because the facility could incur demurrage charges.

Tasman Warajay Technology FlowFirst™ design approach was used to help the facility improve their conveyor belt life. In order to do so, material needed to be load softly and in the center of the receiving conveyor belt. The new system turned the material in the direction of the conveyor to reduce the angle of impact. This kept material moving in the direction of flow, while imparting less force on the belt.
Additionally, reducing impact forces has the added benefit of reducing the amount of dust and spillage generated.

Your search returned the following articles:

Submit a query below or email us directly at:

Thank you for contacting Tasman Warajay